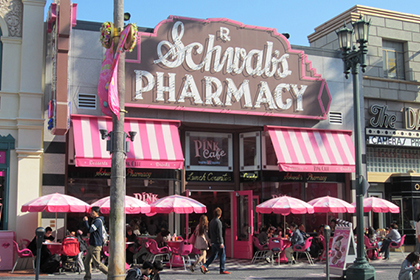 Once upon a time, there was a very famous drug store in the heart of Hollywood called “Schwab’s.” With outdoor seating, phone booths, and interior soda fountains, it became a hangout for Hollywood hopefuls indulging in ten-cent cups of coffee, ice cream sodas, and the latest editions of Daily Variety and the Hollywood Reporter. It was THE place to talk about agents, auditions, casting calls, press releases, or to drown your sorrows in a root beer float with other wannabees who understood exactly what you were going through.

Schwab’s had a row of phones, so agents could reach you in a blink of the eye. Hopefuls kept each other company as they waited for calls that would change their lives. You showed up whenever you wanted and stayed as long as you liked. 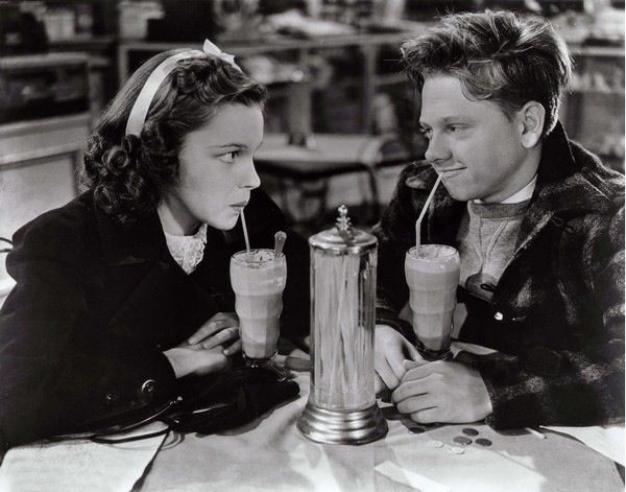 Schwab’s was a creative hub too; in fact, “Somewhere Over the Rainbow” was written on a Schwab’s napkin.

Talent was discovered, screen tests were arranged, and studio contracts were offered.

The place ‘hopped’ from morning til night, and you never knew who you might bump into, what connection you might make, and what kind of job a visit might lead to.

It was a glorious mix of starlets, bit players, and celebrities, Marilyn Monroe picked up mascara and meds, and Judy Garland and Mickey Rooney nursed chocolate milkshakes at Schwab’s.

So what does this have to do with A4D?

According to Suzy, A4D is the Schwab's of today. Virtual, digital, yet industry-driven with options for connecting popping up all over the place. We, too, come together when we want. We, too, stay as long as we like. We, too, drown our sorrows... if not in a root-beer float, in the shared sweetness of being understood.

Most delicious of all, A4D, like Schwab's, is a place to GET DISCOVERED. We may not be sitting on luncheonette stools wearing tight sweaters like Hollywood legend Lana Turner (look her up) but we might as well be! 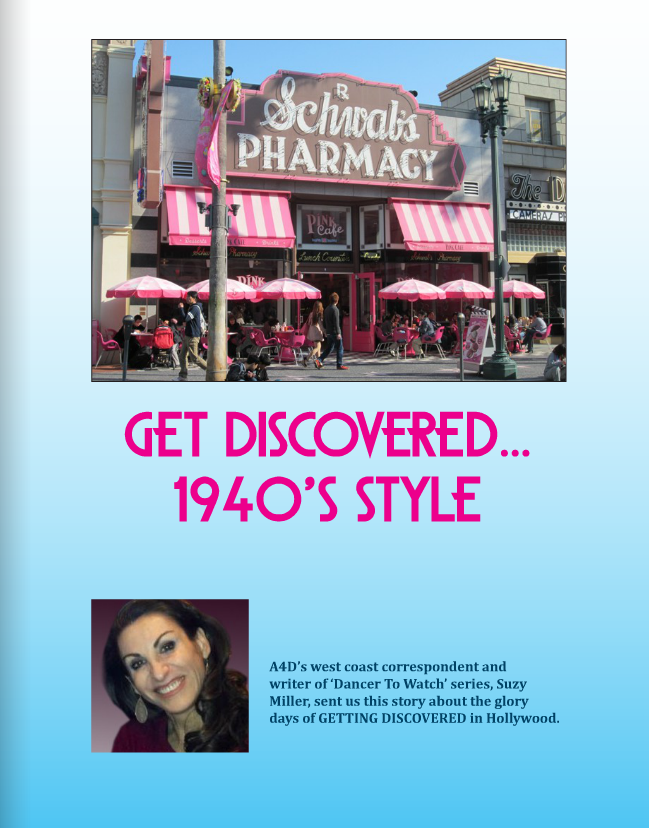 We invite you to read the entire story of Schwab's Pharmacy and how it's like Answers4dancers.

Click on the image to the left. This flip book is filled with links to the videos and projects that were created by members like Brandon Hudson, NaTonia Monét, Amy Jordan, Frank Soares, and Emily Dann. Find out how you can be part of the action!

Learn how our members plugged into A4D and found ways to be DISCOVERED... 2017 Style! 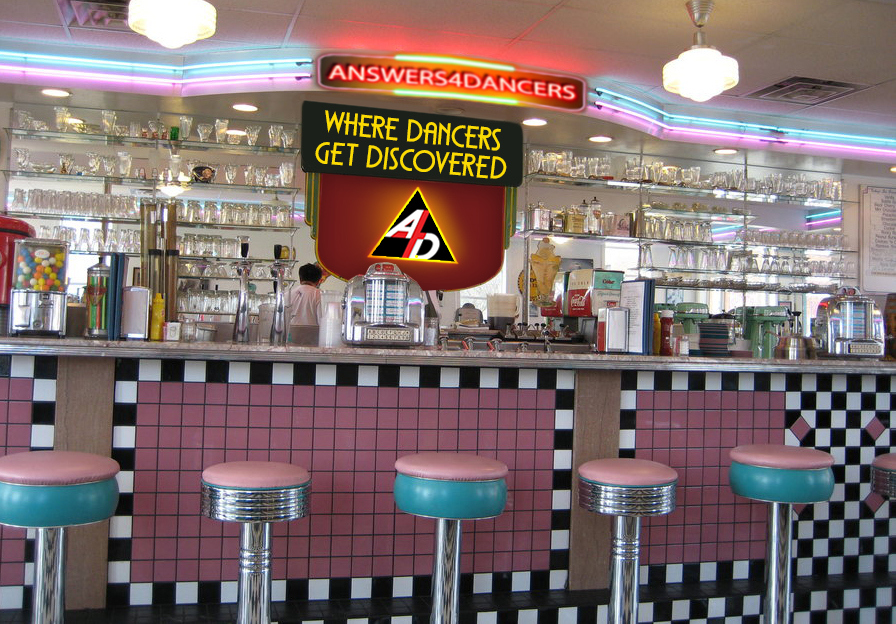 'This is a terrific story! It underscores one of the most difficult and important elements of building a career... networking! With fewer open auditions, being seen by the players in the industry is critical. Take Master Classes, go to Industry Events, Conventions and don’t forget Digital Marketing. Thank you A4D for shining a light on a piece of history that remains as important today as it was in the 40's.' – Terry Lindholm, lead agent & founder GTA Agency 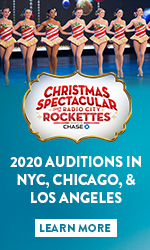