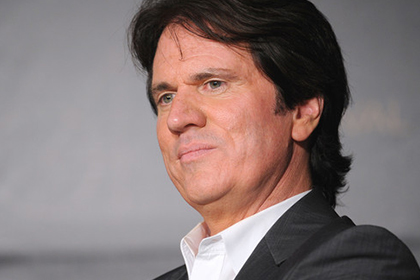 "If you can't act, don't even bother auditioning for me!" – Rob Marshall

Rob rehearsing Renee Zellweger during the shooting of "Chicago."

An Oscar "win" for directing the best picture of the year is big news. When it's taken home by a choreographer, it's even bigger. Recall, if you will, the roar of approval that rang throughout the Kodak Theatre in Hollywood when Rob Marshall's name was announced as the recipient of the Academy's Best Director Award for the year!

Oh yes, that roar was magnificent. It was aimed at Rob's brilliant vision of bringing the Broadway classic "Chicago" to life on the silver screen. In front of millions, Rob acknowledged the contributions of his co-choreographer, his assistants, his wondrous team of dancers, and the impact that the late Bob Fosse had on his creativity. Generous soul that he is, Rob gave the Oscar back to the world he came from. His win...to this day…is a win for everyone who has dreamed of dancing for a living. I'm grateful to be among them.

Since Rob and I share a bit of professional history, I called and asked him if he'd share some of his insights with A4D members. Without hesitating, he jumped right in. This is a man who cares. Maybe that's one reason why he's a great director. Read on. Soak it up.

GD: WHAT KIND OF DANCERS DO YOU LOOK FOR...?

Rob: When I choose dancers, I always look past the technique. Technique is important, of course, but the dancers I prefer to work with are hired to play characters and they have to be actors. I look for something very different and, to be honest, it's something that's hard to find.

Rob: Many dancers come into auditions doing quadruple turns, flip and fly. It may be thrilling to watch technically, but it means nothing to me. Too many have no idea how to be something other than a classroom dancer.

WHAT DO YOU ASK FOR?

Rob: When I start, I gather them around and say, "well, this is the show, it's called, Cabaret" (for instance) and I explain the concept. I talk about Berlin and the Kit Kat Club and the kind of people who work there. The performers are all drug users, and there's broken light bulbs and ripped stockings and track marks on their arms. It's that kind of club. I explain that I'm looking for movement that's rather raw and kind of ugly. In minutes, they understand what they're auditioning for and who they are as actors.

Rob: It's really important to believe dancers in the special world I'm creating. When I directed Little Me a couple of years ago, that was a different world from Cabaret. Every single dancer in that show had to play twelve different characters. Little kids in one scene ("Rich Kids' Rag"), peasants in another, etc. And they had to find the humor in the movement. I needed to see their imaginations working.

SOUNDS LIKE YOU SET UP AN OPPORTUNITY TO DIG A LITTLE DEEPER...?

Rob: That's the thing. Most dancers walk in thinking only about the steps. I don't want to see your classroom technique. We're not doing "across the floor." This is not a class. It's time to get beyond that. It's like your scales when you're playing piano. Now you're playing the piece and I want to see how you interpret it. When a singer comes in, I don't need to hear them just show off their high notes. I want to see what they bring emotionally to the song.

Rob: Absolutely. That's what separates the extraordinary from the ordinary. I can always tell who's going to be in the show by how they listen. I'll never forget having a group of dancers around me when I was auditioning Victor/Victoria. I was talking about the '30s in Paris and what kind of world it was then. Most of the dancers were really listening and trying to understand what kind of world we were creating. Then, I saw a girl just fixing her leotard and tights, looking at herself in the mirror, making sure she looked fabulous. And I thought, she's not going to be in the show. She's beautiful, but she's not listening. She's not understanding what this is. She's perceiving this audition to be what she thinks it is, that she should look pretty and dance well. That's not what I'm looking for.

Rob: I try to further the plot with my dances. My producers can't afford to hire 24 singers and 24 dancers and 24 actors to help me create a show. I get a cast of ten. They all sing, they all dance, and they all act.

WHAT DO YOU SAY TO NEWCOMERS?

Rob: If a dancer comes to me for advice, I'd say, "Great, so you're taking jazz and you're taking hip hop and you're taking ballet. Are you taking acting classes? Every movement you make has to say something. To prepare yourself for a full career, you need to take acting.

WHAT CAN TEACHERS DO TO HELP PREPARE THEIR STUDENTS...?

Rob: Teachers can give thoughtful combinations. Giving them whack, bam, boom and tricks doesn't prepare them. Teachers should see the shows that are playing on Broadway. They should be aware of the different styles that are being performed. They should build combinations of steps based on what they've seen. One class, do a combination from "Kiss Me Kate." Next class, try a number from "The Lion King" or "Hamilton." Let students experience styles that are happening today.

It would be great if teachers contributed ideas to the movement. They could say, "okay, today you're in a street gang and we're going to work on a combination from "West Side Story." Grover, I'll never forget...when you taught me the opening of West Side ten years ago.

YOU SURE YOU WANT TO BRING THAT UP?

Rob: Absolutely. The subtext you talked us through is a perfect example of what we're talking about. You said, "this is your territory, you own it. The guy in front of you is dead meat if he even thinks about entering it...!" You gave me something to act. You connected me into what I was dancing about. And you stretched me . I became a better performer because of what you said...

Rob: I'm telling you, Grover, that's what dancers need to hear. Susan Stroman talks to her dancers like that. Graziela Daniele does. I know I do. If dance teachers knew about Answers4dancers, they'd make sure their students signed up...